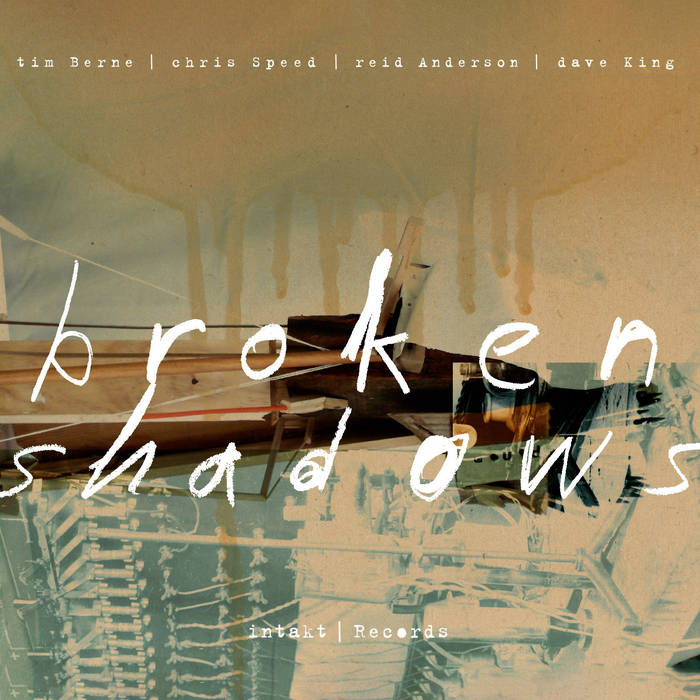 Carlos de Sousa I have seen them live in Lisbon (Jazz em Agosto 2021) and had to buy the CD after a great concert.

Rob Wood Aside from the considerable musical merits, this CD is physically, a beautiful, artful object. Tim & Co., really cared about this. Beautiful, in every respect. Bravo!

A Man Lost In Time

Broken Shadows brings together four luminaries of the American jazz scene: Tim Berne, Chris Speed, Reid Anderson and Dave King. Broken Shadows has very strong connections, in twos. Saxophonists Tim Berne and Chris Speed have been playing together since 1992; Bassist Reid Anderson and drummer Dave King – two thirds of the legendary band The Bad Plus – have been playing together for over 35 years. Named after an Ornette Coleman composition, this all-star project honors the legacy of the music of their idols and mentors Ornette Coleman, Dewey Redman, Charlie Haden and Julius Hemphill. "Most all of the songs have melodies; infectious and singable. Songs you would want to put in your pocket and take them home. In a time of songs treated as vehicles for improvisation, with this band, the vehicle is the song", writes Branford Marsalis in the liner notes, celebrating the emotional power and impact of BrokenShadows: "Harmonic data does not create emotion; the ability to change color in ones sound does. This is something that Broken Shadows understand, be it explicit or implicit. The twelve tracks range from lamentation, or insouciant swagger, to utter joy, and all the colors in between." Branford Marsalis