Sun of Goldfinger (Congratulations to You) 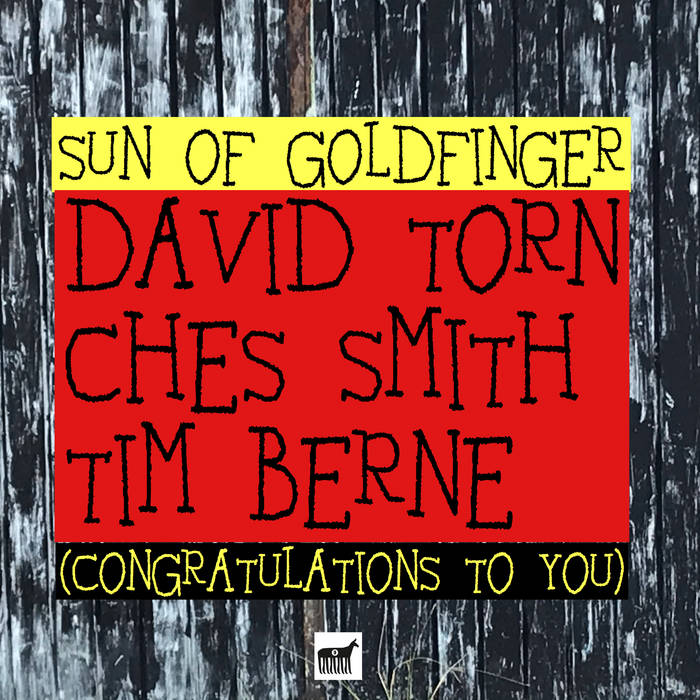 torzano Amazing album. How do they do the live looping of Tim's saxophone and play it back?

tonyde A great track with all the excitement and surprises we expect from Sun of Goldfinger.

“Their play is their work, and their work is their life. Sun of Goldfinger is a giant leap forward in artistic integrity and will supply you with plenty of crazy and/or pretty sounds along the way” – John Garratt, PopMatters

Sun of Goldfinger first performed together on December 16th 2010 in Brooklyn, New York.
Tim had suggested to David that they do a gig with Ches and the resulting music was fortuitously captured by engineer Joe Branciforte, reflecting the depth and power of the band’s sonics.

At the time David was working as a film composer in Los Angeles so Tim and he hadn’t really done much live playing since the acclaimed Prezens group had suspended live performances. Meanwhile Ches and Tim had recently begun working together in Tim’s Snakeoil band, in an association that has now spanned 12 years and counting.

The music on “Congratulations to You” comes mainly from that very first concert, with additional material culled from other sources including a performance at the famed Vortex Club in London “on the night Sun of Goldfinger became a band”, as David has said.

Bat Tears recorded in Brooklyn by Joe Branciforte and Daniel Goodwin(last 5 minutes)
Coco Tangle(Brooklyn) by Joe Branciforte
Congratulations To You by Unknown Entity(London)
Mixed and mastered by David Torn
Thanks Joe!
Thanks Daniel!